According to this Caputo guy, who should know, Robert Mueller III, also known as Bobby Three Sticks, is alive and well and still on the case. 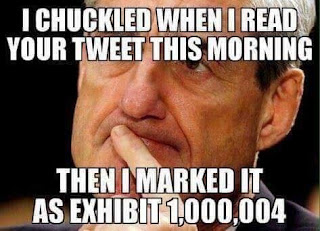 This is bringing back fond Watergate era memories:
Digby @ Hullabaloo writes about Pence lying in the weeds, waiting for his moment to arrive. The only good thing about Donnie Uranus remaining in office is that it keeps Pence from getting the job.

Places to go, people to see